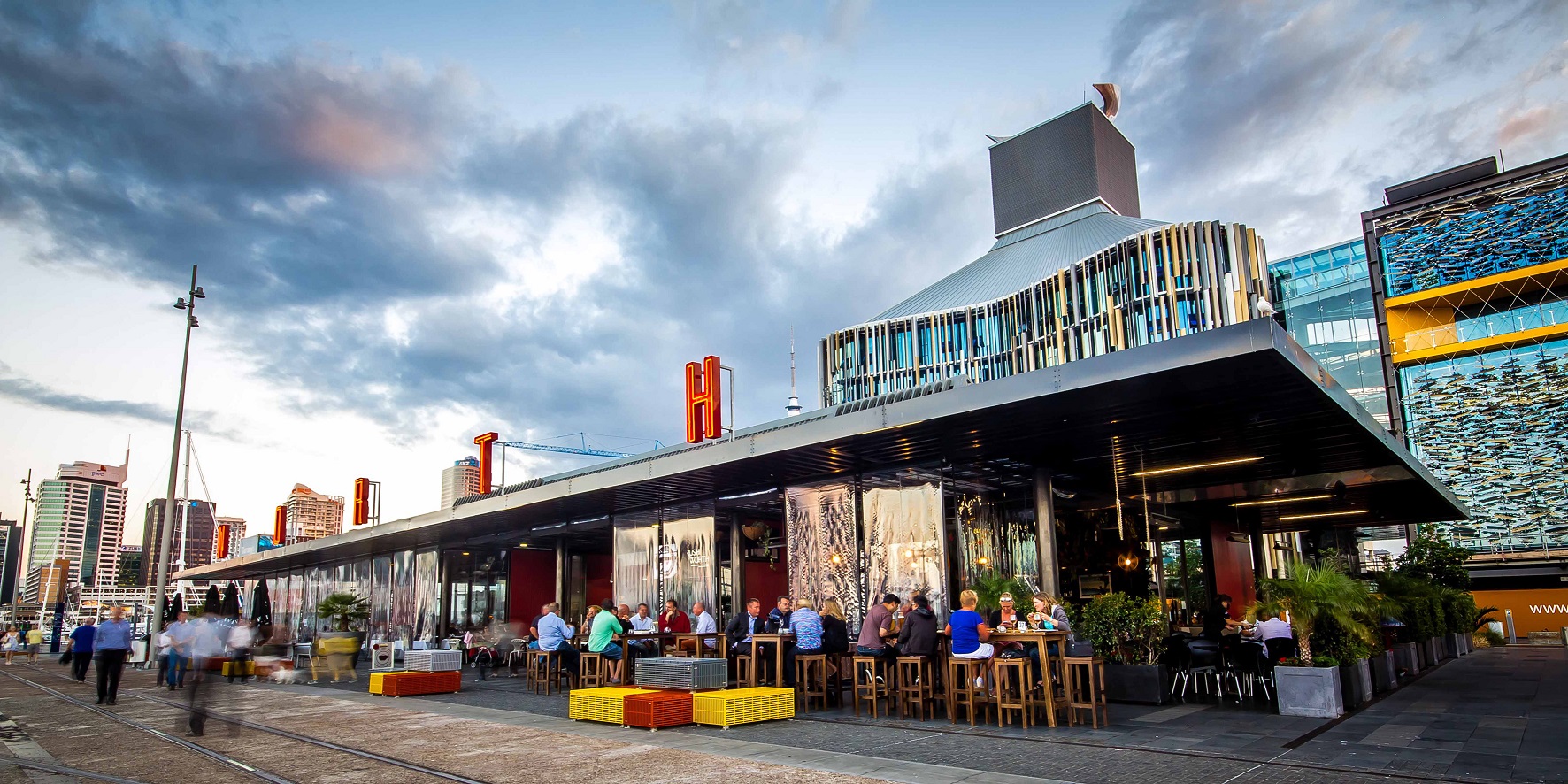 Cities of the Future: The Rise of Auckland’s Wynyard Quarter

In Part 2 of our series on Auckland’s new precincts, TwentyTwo’s Steffi McKeown takes a look at one of Auckland’s hottest urban renewal projects – Wynyard Quarter.

Last Friday night I was catching up with a few friends and we went for drinks in the Wynyard Quarter. It was a beautiful evening, so I decided to walk from the TwentyTwo office in Britomart. It's an easy 15-minute walk along part of the nearly three kilometers of Auckland’s waterfront.

I was amazed to see how many people were out and about, exploring, playing and having drinks/dinner in the Wynyard Quarter restaurants. It was great to see that while the precinct is predominantly filled with corporates, SME's and startups during the day, people of all ages really do utilise the space as well. 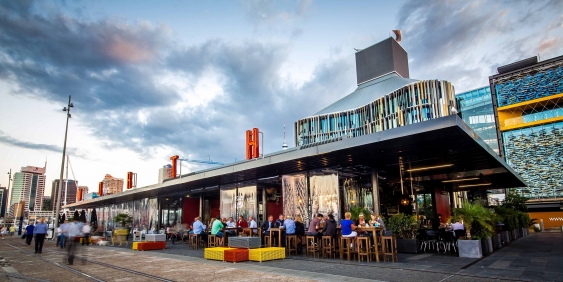 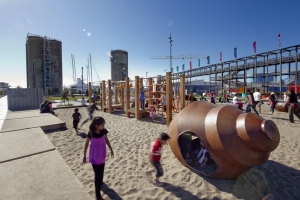 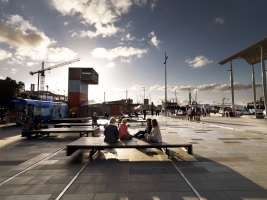 The Wynyard Quarter is approximately 37 hectares of land and almost three kilometres of coastal frontage situated on the western side of Auckland’s CBD. It’s strategically located between Victoria Park and the Viaduct and benefits from greenery on one side and the water on the other. 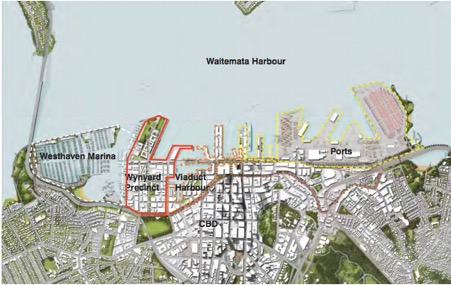 The area is characterised by lower rise, almost campus style buildings, with some of the latest technologies for working, living and recreation. Yet, the area has still managed to retain some of its history and story of its previous life. Perfect examples of this are the Fish Market (which has been around since 1904) and Mason Brothers buildings (originally home in the 1920s to Mason Bros Engineering Co. Ltd, an engineering and shipbuilding firm). 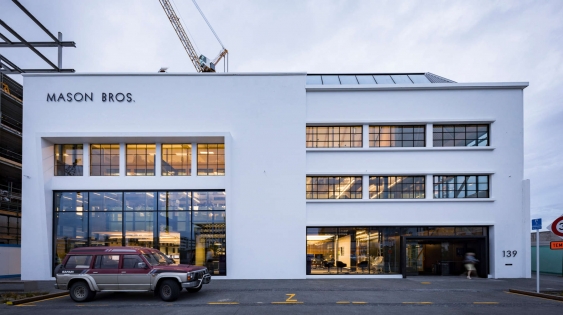 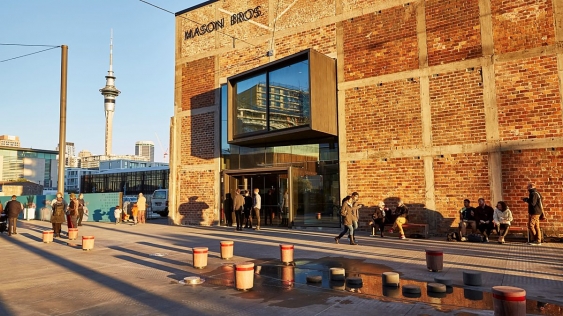 Auckland’s Innovation Precinct GridAKL makes up part of the Wynyard Quarter – an area that has been built to foster innovation and collaboration and to encourage like-minded businesses and individuals to a single location. According to ATEED’s (Auckland Tourism, Events and Economic Development) 2018 report, GridAKL now houses 104 businesses (up 34 on their 2017 report) across three buildings and around 70 percent of these businesses are considered to be ‘innovation-led’.

The new five-storey 12 Madden Street building opened in October last year, just after the refurbished Mason Brothers premises. Together, the buildings (as well as the Lysaght Building) host numerous innovation ecosystem events, encouraging collaboration, and showcasing GridAKL to a range of influential international speakers and businesses. 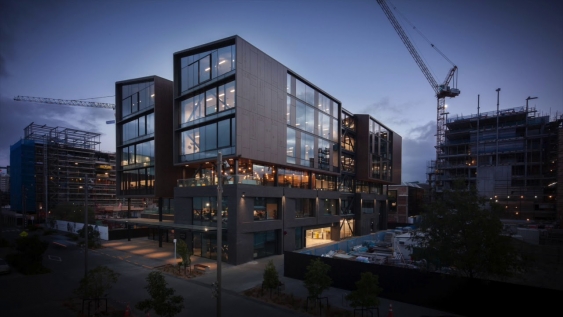 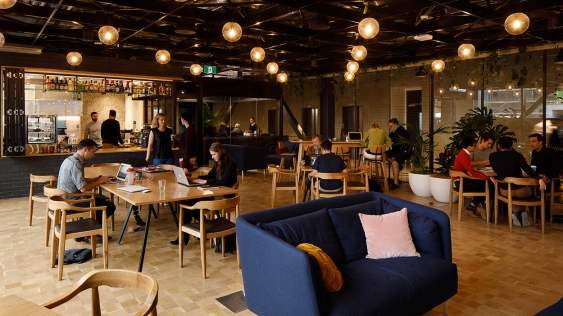 I'm not sure about you, but when I think of the word 'innovation', I think of electric bikes, jeans and sneakers and the creation of the next Steve Jobs! In reality the area is so much more, with many large corporates such as ASB, IBM, Fonterra and Datacom establishing their NZ head offices in Wynyard Quarter. It really is a vibrant, diverse hive of activity that is attracting large corporate occupiers, SMEs and startups. 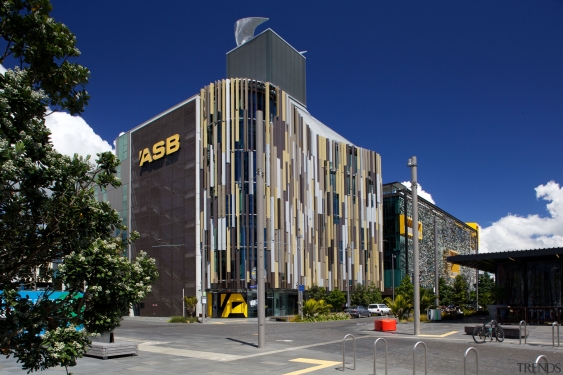 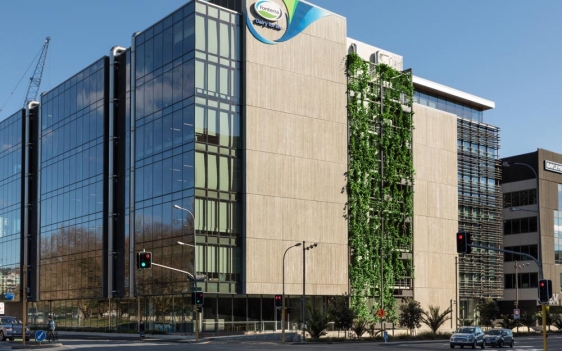 The Wynyard Quarter, as we know it today has not always existed and is land that was reclaimed to provide additional berthage and storage capacity for the port. The original shoreline ran along the area we now know as Fanshawe Street and was known by local Iwi as Te Pane Iriiri (the head hung up).

In 1865 the area was infilled and then substantially reclaimed in the late 1880s (creating what we now know at Wynyard Quarter)  to initially serve the city's then thriving logging industry. 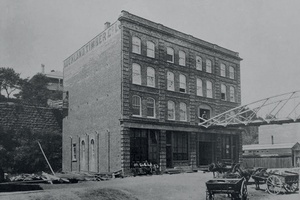 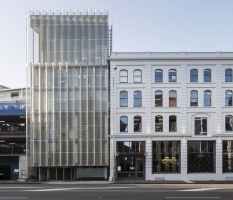 Kauri Timber Building in circa 1880s and again after Fearon Hay Architects remodeled the heritage building.

From mid 1920’s – 2005 properties on Pakenham Street & Beaumont Street were used for bulk oil storage by companies that were later amalgamated into what became Mobil NZ. Mobil stopped using the sites for bulk oil storage in 2005 and handed them back to Auckland Council-controlled Waterfront Auckland (now Panuku Development Auckland) in 2011.

Unfortunately, decades of use for oil and petroleum led to substantial contamination. Clean up requirements stipulated the removal of soil to a depth of 3.5 metres over an area of about 2.5ha and for replacement with clean fill. This still affects constructions costs in the area today due to the de-contamination required on sites before building begins. The global oil giant spent years in court challenging the clean-up bill in a landmark case. 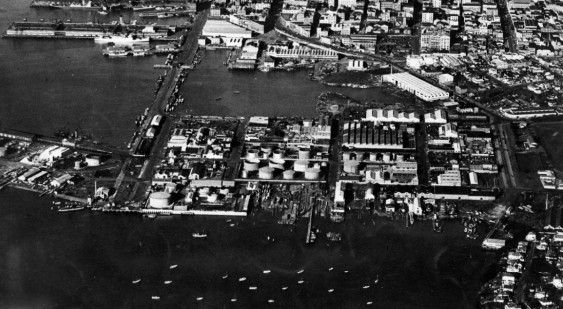 Wynyard Quarter in the 1950s when it was known as "Western Reclamation" or "Tank Farm".

Having moved to Auckland a little over four years ago, I have witnessed some of the most recent changes to the area – the standouts being the construction of the ASB Theatre, Bayley’s, Fonterra and Datacom House, and the Innovation Precinct. The area is developing into a real neighborhood. 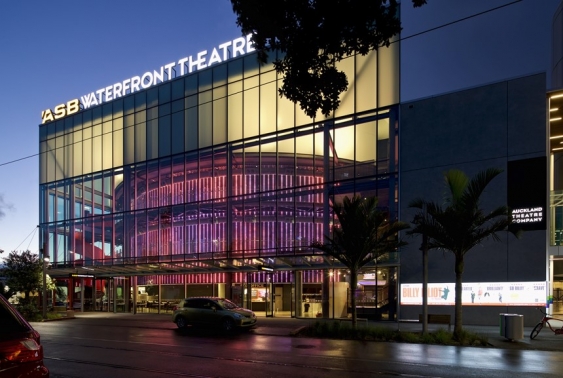 August 2011 marked the completion of stage one of revitalised Wynyard Quarter - $120m of capital projects including new public parks, plaza event spaces and the pedestrian bridge from the Viaduct.

However, the vision is much wider than this and since then, there has been a constant hive of development activity with commercial, residential and retail offerings all taking shape here.

The first private residences were occupied at the end of 2017, and by the time the America’s Cup comes around in 2021, it is estimated that 5,000 people will call the Wynyard Quarter their home – and this doesn’t even consider the workers and businesses that will occupy and use the area daily.

Where do I start? Activity in Wynyard Quarter is constant. The Park Hyatt is due to be completed in the coming months with the façade currently being put in place. This seven storey building will have a total floor area of 29,000 square metres with 195 rooms, food and beverage outlets, event spaces, spa, fitness centre and a 25 metre pool. 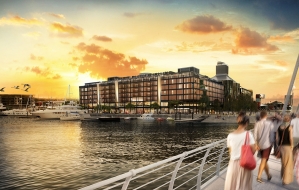 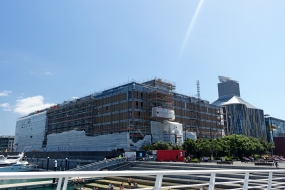 The Park Hyatt artist impression and currently under construction.

Wynyard Central (collaboration with Willis Bond and Architectus) is a residential development which is already partially complete, with people already living in some dwellings. When construction finishes in mid-2019 it will be made up of 113 residences in three different styles - pavilions, townhouses and apartments.

The new Mansons development on Fanshawe Street is currently under construction. A former Caltex service station site, near the Harbour Bridge motorway off-ramp, it will provide six levels of offices above a four-level retail and office podium and two levels of basement car parking. TwentyTwo recently acted for a key tenant in this development – keep an eye out for an upcoming announcement in a future blog.

Infratil has announced plans to develop their 1.7ha bus depot site at 100 Halsey Street. The first stage, commencing in October, is to develop a 154 room Travelodge Hotel and a 385 space public carpark. The development will also have a 1,200m2 ground floor retail offering for food and beverage and convenience offerings to meet the growing demands of the area. Works are due for completion in May 2020 in time for Americas Cup.

Speaking of which…Wynyard Quarter has also been selected as one of three key areas to be developed for the 36th America’s Cup to be held in 2021.  On Wynyard Point there will be a pit row of challenging teams – space will be developed for more than 80 superyachts to be moored up. 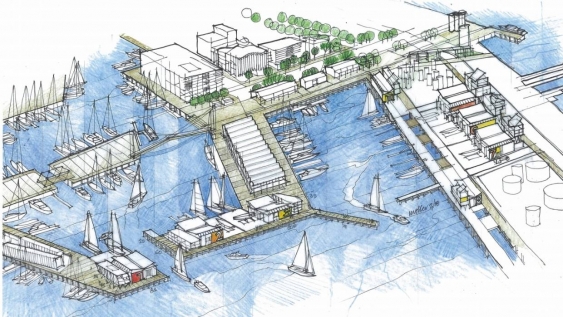 Transport to and from the Wynyard Quarter

One of the most challenging elements of the revitalisation of Wynyard Quarter is making it easy for people to move into and around the neighbourhood.  Bordered on three sides by the water, there are just three roads and a pedestrian and cycling bridge available for entry and exit into Wynyard Quarter.

Under the Unitary Plan for Wynyard commercial use properties in Wynyard need to have site travel management plans –to encourage people to use alternative forms of transport – moving away from cars.

Within the commercial property industry I have witnessed a shift over the past few years in occupier preference towards the waterfront and west of the CBD towards the Wynyard Quarter. There are still pockets of the CBD that attract commercial office tenants, in particular the lower CBD and Shortland Street but the days of upper Queen Street being a requested location are no longer common (as TwentyTwo’s Rob Campbell recently explained).

Wynyard has a great community business network that is enabling like-mined companies to talent share and find the best people for their businesses.  According to Auckland Chamber of Commerce June 2018 Business Update, 81% of employers in Auckland are finding it the same or harder to find good, skilled staff. Wynyard Quarter’s Innovation Precinct aims to provide interconnectivity amongst its businesses.

Until relatively recently, the perception amongst occupiers was that the Wynyard Quarter was out of the way, was poorly connected in terms of amenity and transport and parking was limited. However, as the precinct has developed this issue has almost resolved itself.

Would I recommend the Wynyard Quarter to occupiers in the market? Absolutely. The area is exciting and new, has great amenities, yet manages to still retain some of Auckland’s history.

Cities of the Future: Part 3 of our series on Auckland’s new precincts - Commercial Bay

Anyone living or working in the Auckland CBD will certainly attest to the chaos that has prevailed through lower Queen Street and surrounding streets over the last four years – closed roads, temporary bus stops,...